Posted by kayeveazey | Tips and Tools | No Comments

Fired ObamaCare Worker: Did Her Company Do the Right Thing?

This week, a Florida woman named Earline Davis was working the telephones at the health care marketplace call center and enrolling Americans in health care insurance (i.e. ObamaCare) when a talk show host called. She granted him permission to record the live, on-the-air call and answered his questions. She was fired the next day. Was this the right move by her company? Probably not and here’s why.

First, the story.  When Ms. Davis answered a routine call to the hotline, conservative talk show host Sean Hannity was on the line and asked her a series of questions about issues with website enrollment, in addition to chatting about her training for the job, the weather and more.

When grilled by Hannity, she admitted to “glitches in the system.” She said she had been given a script to answer complaints and, at his request, read it verbatim to Hannity. “They told us there’s a 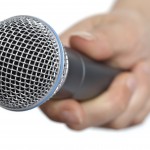 script for everything, so we just type keywords, look up that script and read it to the consumer,” she said. Asking about ObamaCare overall, Hannity said, “Have you ever got anyone who really likes it yet?” She answered, “No, not really.”

Ms. Davis reported that when she arrived at work the next day, she was met by three people who escorted her to human resources where she was told that speaking to the media was not allowed, and she was fired.

The problem here is this: (1) Ms. Davis claims she never was told in training that speaking to the media was against company policy and, (2) her employer has not claimed that Ms. Davis shared inaccurate information or deliberately attempted to damage the company. Ms. Davis seemed to speak honestly about her experiences at work and avoided personal commentary on the issues. For someone without media training, she did well in handling what often was an aggressive line of questioning.

The lesson here is obvious: Train the people who are your face to the public. If you do not specifically tell your employees that they should not talk to the media on behalf of the company and give them training on how to avoid doing so, you cannot expect them to handle the issue appropriately.  Since there were scripts available, Ms. Davis should have had access to one that read, “My only job is to enroll people in health care insurance. So unless you need to enroll, let me find a supervisor who can talk to you on the record about any issues with the process.”

Let’s say that Ms. Davis was mistaken – that in fact, she was instructed not to speak to the media. Should she be fired? Still, the case can be made against it. First, nothing she said seemed to be inaccurate or damaging. Moreover, she was so pleasant and so personable that it cast a favorable light on an enrollment process fraught with issues. Finally, when everything you do is being microscopically critiqued –not to mention questioned in a congressional hearing – the last thing you want to do is create yet one more reason for examination. Now, as Ms. Davis appears on various news programs and people flock to offer her “better” jobs, you have yet another public relations crisis: Big Government Versus the Nice Mother in Florida Who Was Just Doing Her Job.

Although many are turning the tables to blame Hannity for Ms. Davis’ termination rather than her company, the bottom line is this – it should not have happened at all. If you say the wrong thing, it’s not the reporter’s fault – it’s yours. You are in total control of everything you say. So prepare, prepare, prepare.

What should a company do when an employee speaks to the media but should not have done so? It depends on the circumstances but in this case, a better tactic for her employer would have been a 30-minute crash course before the next shift for all employees on how to handle these types of issues in the future. Should the company speak publicly about the issue?  I wouldn’t have recommended a public comment after the interview. Let it go. This could have been a one-day story reported primarily by a few media outlets. Instead, it has become a week-long story making its way through mainstream and social media.

This is a good article to help explain the idea of  “culture” and the role that communication plays in establishing it. In a nutshell, culture defines how things get done in our companies.

As part of doing things, people interact and share messages — that is, the rules of the road.

Leadership plays a key role in creating the right work environment for people to get things done, and they demonstrate that through both their actions as well as their words. This article gives leaders some tips on how to use communication to create the desired culture. “If leaders want to influence cultural norms they need to be a part of the employee discussion. Furthermore, this isn’t a discussion that leaders can simply insert themselves into; they need to be invited in by the employees. And the cost of a ticket to that discussion … is trust, authenticity, and intimacy.”

Why Your Brand Needs Video

Infographic: Why Your Brand Needs Video.

See our video work in branding and marketing: http://vimeopro.com/vzworks/marketing

As Companies Get Wiser on Wellness Programs, Workers Get Healthier and Wealthier

There are lots of debates on whether “wellness at work” programs work or not. In this article, a study found that at 60 percent work and that they can greatly reduce health care costs. Regardless, I know at least two things to be true: (1) Any time a company takes action to help an employee save money or improve his/her life, it increases the chance that the employee has a favorable opinion of the company, which in turn improves employee engagement and productivity, and (2) incentives to improve your health can be effective. Personally, I hate to exercise but I’ve been doing it routinely ever since my insurance company started offering me “points” for it. Seven months later, I think I’ve earned a whopping $200! It’s not about the money — it’s about racking up those points on the tote board. . . .

Click to see what VZ Communications has done for clients with wellness programs.

Only 18% of Employees are Engaged

New Gallup poll says only 13% of employees worldwide are engaged at work/ In other words, about one in eight workers — roughly 180 million employees in the countries studied — are psychologically committed to their jobs and likely to be making positive contributions to their organizations. Read more.

Here are some tips on engaging employees. VZ Communications excels at helping companies do these five things very well, and we have the case studies to prove it:

1. Evaluate your current tools.
2. Connect employees to values.
3. Open the lines of communication.
4. Live the brand.
5. Remember that your message matters.

This article points out several ADVANTAGES to hiring an independent consultant, but let me also contend that independent practitioners are often more cost effective and produce as good or better products than large consulting firms.

My passion for independent practitioners isn’t because I am one. It’s because when I worked in corporate, it was my practice to hire independent practitioners. My colleagues blew their budgets on elite firms, arguing that a one-stop shop was more efficient than managing one-off writers, designers, videographers, etc. They were lazy and wrong — once I found the best in the business in every tactical and strategic area of communications, it took very little time to explain to each what I needed and even less time to hold their hands as they did it. First drafts were often final drafts. We came together as our own little firm, making big things happen for my company.

They saved me money, they produced great communications, and they made me look good. 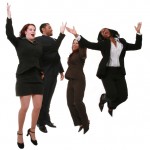 This article (see link above) is a great reminder that changing the culture in which we expect our employees to thrive and be productive begins when we look in the mirror ourselves. I’ve been an advocate of ensuring that employees know “what’s in it for them” for a a long time. In fact, it’s how we reporters were taught to write news articles — always answer the question “what does this mean to the reader?” within the first two paragraphs of your story. In the 1990s, communication experts and researchers wrote books and did study after study about how linking personal success with business success “engaged” people  at work and, in turn, made them even more productive and satisfied.

Sadly — 20 years later — we’re still trying to figure out how to engage employees. The folks in Silicon Valley seem to have it figured out — doesn’t every young college graduate yearn for Free Beer Fridays at Pixar or to get a free massage and play roller hockey at Google?

Call it a program or initiative or even change management — the words you use to describe it aren’t nearly as important as the actions you take to make it happen. Roll your eyes at the West Coast folks (of course, they aren’t the only ones who’ve figured out this engagement stuff), but they’re on to something. You already know that most employees will come to work and do their jobs for a paycheck . . . maybe even for some intrinsic desire to do the right thing. But in today’s global economy, your business will not succeed with average people who merely clock in and clock out. The brightest, most talented, most productive people — the ones who will take your business to the next level — can’t wait to get to work in the morning and do great things.

How do you create that kind of motivation? First, ask them. Too often, we grab the latest issue of Fortune’s 100 Best Companies to Work For and assume that if good service rewards works at Wegmans Food Markets, it ought to work for us. Maybe, but my research often finds that topping employee wish lists is everything from better desk chairs to the opportunity to contribute creatively and be rewarded for it. Every situation, every employee, every company is different. Start by asking employees what would make their companies a better place to work, and change the company. Change within your employees will likely follow.

Posted by kayeveazey | Tips and Tools | No Comments

Planning for Effective Communication explains the importance of strategic communication planning and gives you tips on how to develop a plan to help you achieve even greater business results–especially when
you tie it to your business plan. Download it for free.